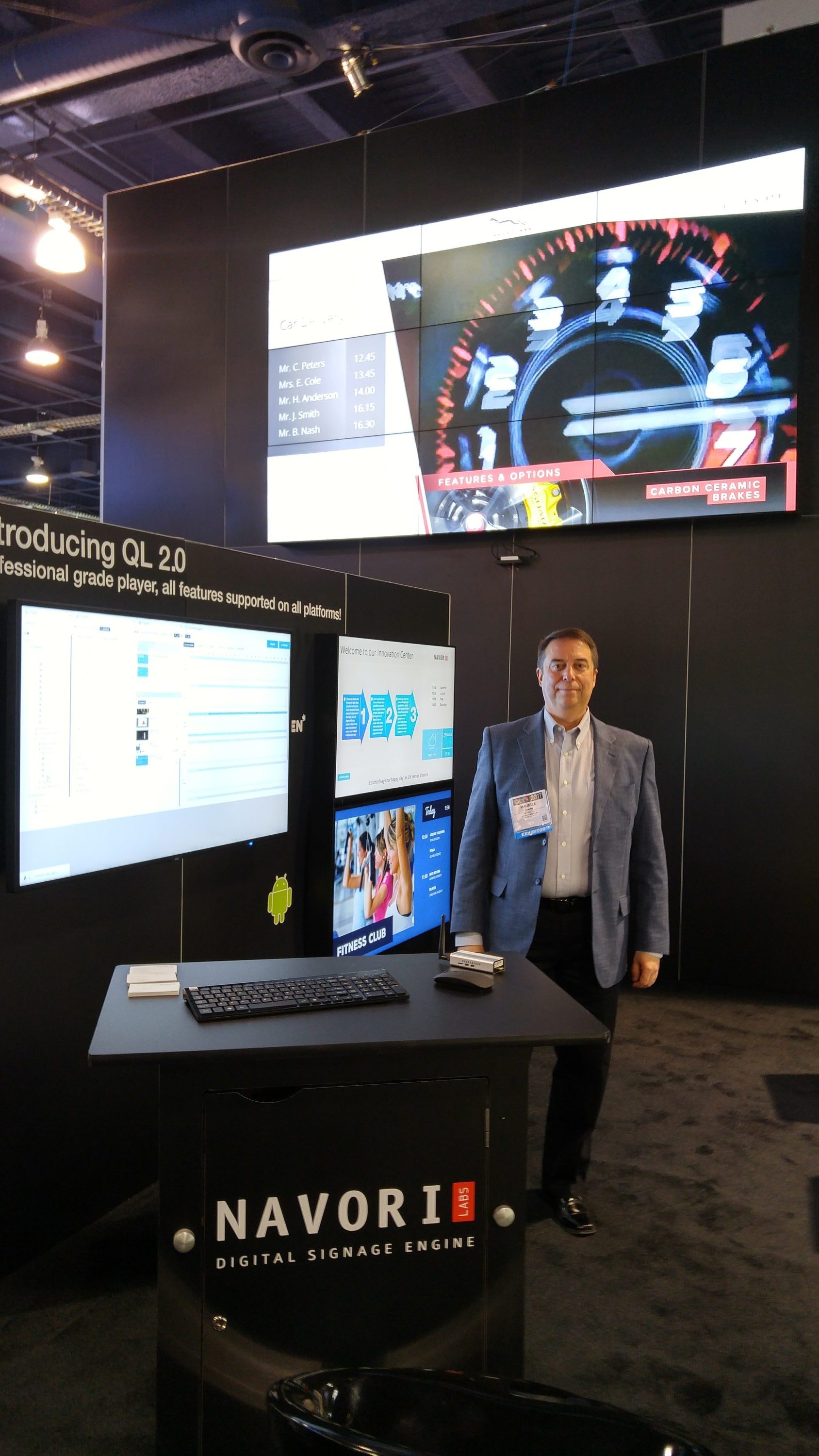 his year’s Digital Signage Expo was another big success with a steady stream of visitors on the first day.  Visitor traffic was a bit lighter on the second day but it was still quite good.  I haven’t seen any official figures but I would say this year’s DSE was at least as well attended as last year.  There were lots of interest in digital signage CMS software and media player hardware.

The Navori booth had a video wall powered by a single QL Stix 3500 Android Media Player which was impressive.  The media player is the tiny grey box right under the video wall in the picture on the left.  It’s also the same as the unit on the desk in front of me.  It’s capable of delivering full 4K content which is quite amazing for such a compact device.

There were lots of impressive display and hardware installations all around the show floor.

I was mesmerized by the articulated LG OLED displays.

Samsung also had an impressive stand, as always.

There were many other interesting displays, such as this electric vehicle charging station in the Peerless AV booth.  Integrating a digital signage display in this installation makes a lot of sense.  These displays would be ideal for advertising, public information, branding and many other related uses.  You could even install a touch screen and deliver a wayfinding app with options to search for other charging stations. 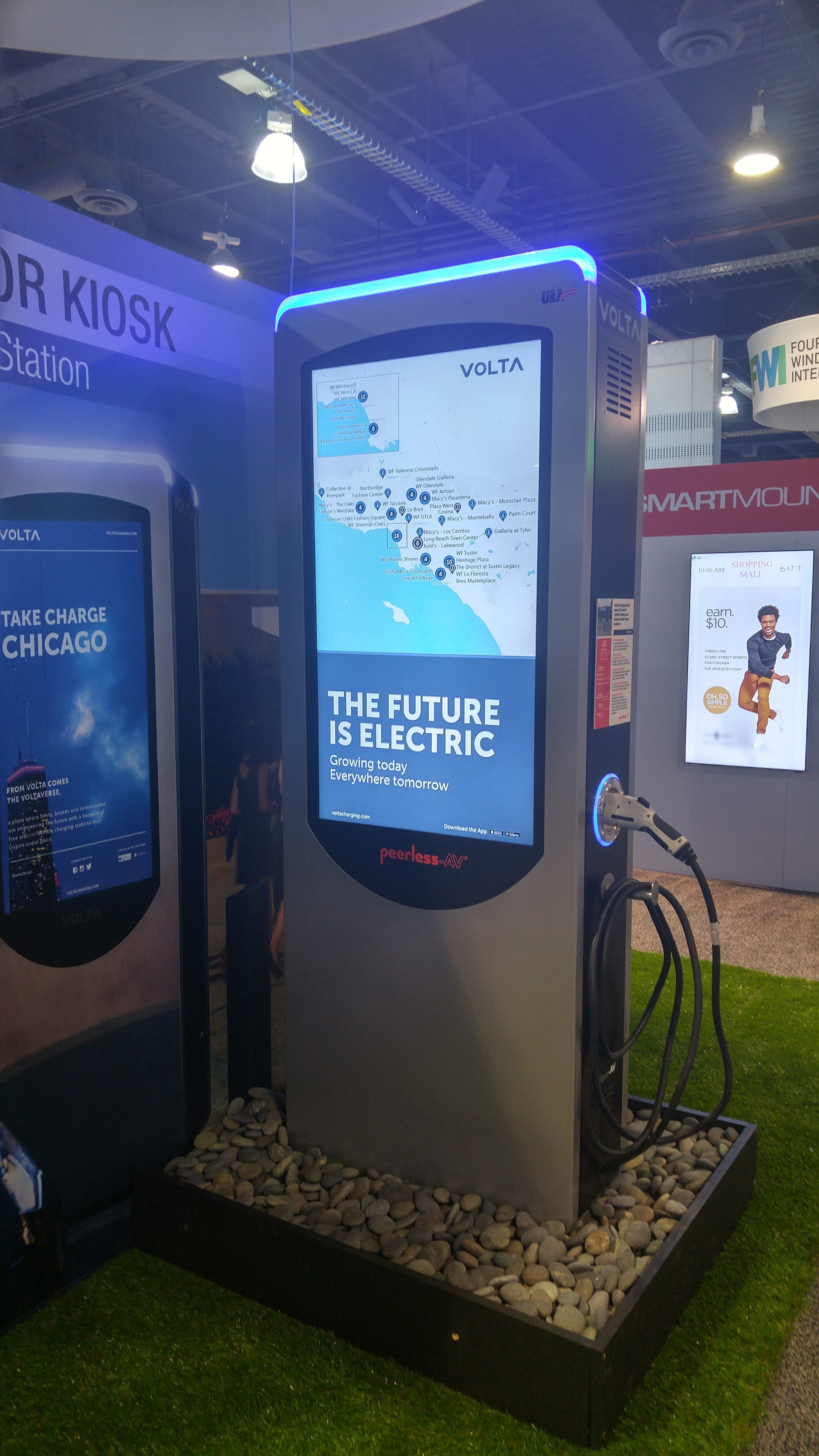 Here is Gable’s booth showing a range of displays for outdoor and indoor installations.  Notice the circular LED banner above the booth.

There were even car-top mounted displays which would be ideal for taxi cabs and delivery vehicles. 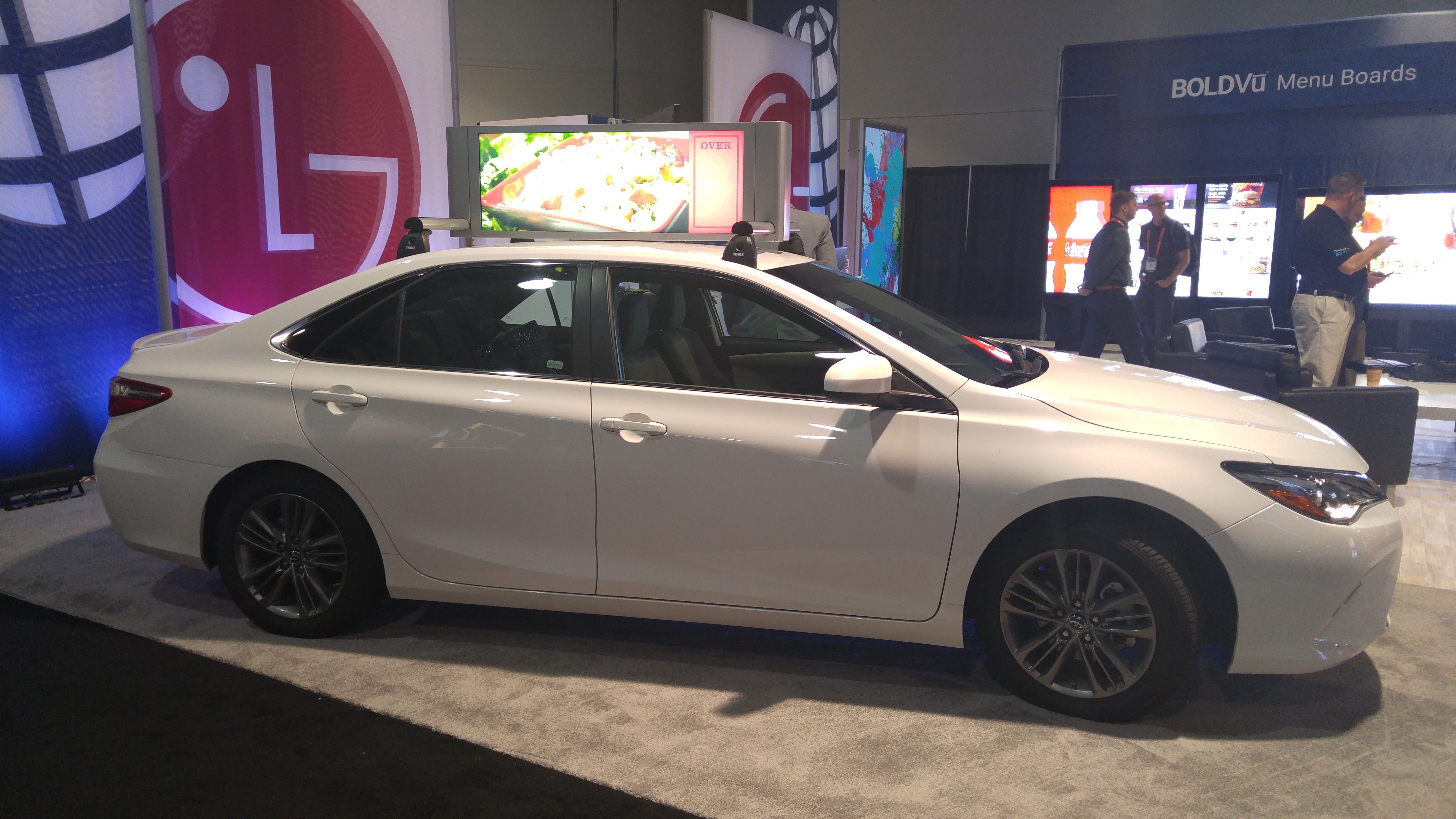 Anyone looking at deploying digital signage displays or interested in any related business should make it a point to visit Digital Signage Expo.  It’s the only place where you will see such an assortment of products and solutions that are focused on this market.

The DSE organizers have confirmed the next year’s show (and the next one after) will be held on the same dates which is great.  Having the dates switch around from late February to March made it a bit hard to plan for.