Navori QL is a versatile, scalable and highly reliable digital signage software platform that has been around for many years.  The software has a large user base that just keeps growing.  One of the many reasons behind the software’s popularity is its ability to manage many types of hardware devices. 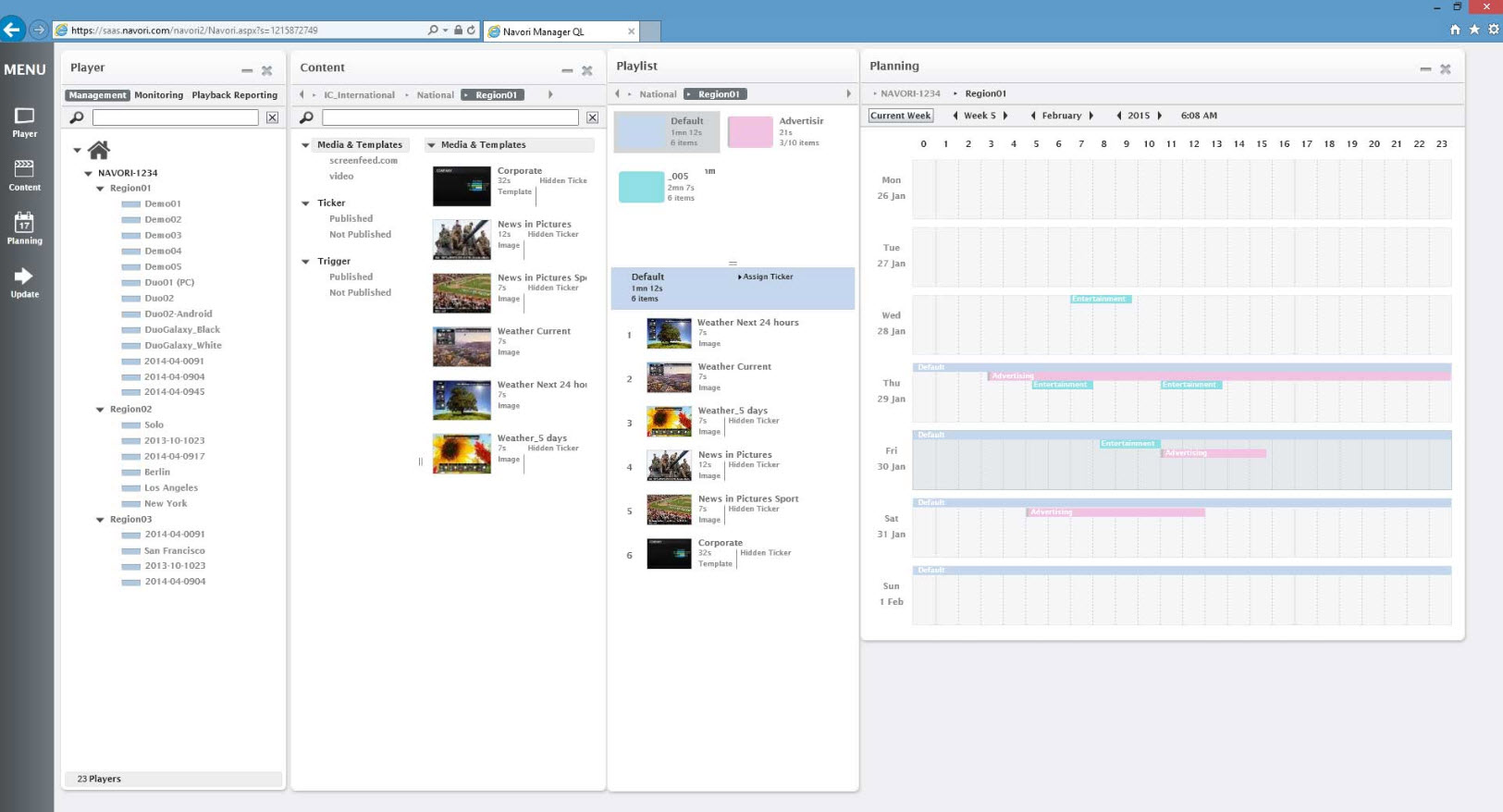 Most multimedia capable PCs will work fine with the company’s QL Player software and there are many industrial-grade PCs on the market that Navori has certified.  However, it’s more difficult to pick an “off the shelf” Android media player due to the glut of cheap offshore products that are more suited for consumer applications.  These products are fine playing Netflix for a few hours but they aren’t really built for 24/7 use.

While it’s increasingly easy to order a couple of Android media players off Amazon for less than $100 a pop.  Here are some arguments against it.

Remember that Android was developed originally as a mobile operating system.  It was meant to run smartphones and tablets.  Eventually consumer media players came out with other devices but at it’s core, Android is still optimized for mobile computing.  When you purchase Android media players, you get a device that is essentially a tablet without a display, and there is some work involved to make the device behave differently.  Some features need to be disabled or tweaked.  In many cases, older Android versions are preferable for better stability and compatibility.  Devices meant to play Netflix at home don’t benefit from this customization.

Some folks think it’s no big deal.  After all, they’re just hanging a couple of screens to show a restaurant menu or a few ads.  Well… here’s the thing.  It’s not a problem until you’ve spent a couple of hours on the phone trying to debug a technical problem while your screens are down.  Blank displays don’t help sell anything, and your time is better spent doing more important things.

In my opinion, there is no excuse not to buy the most reliable device to play your digital signage content.  Paying less for a cheap Android media player is a false saving, because it will cost you in wasted time and frustration over time.  The device will fail.  It’s just a matter of when. 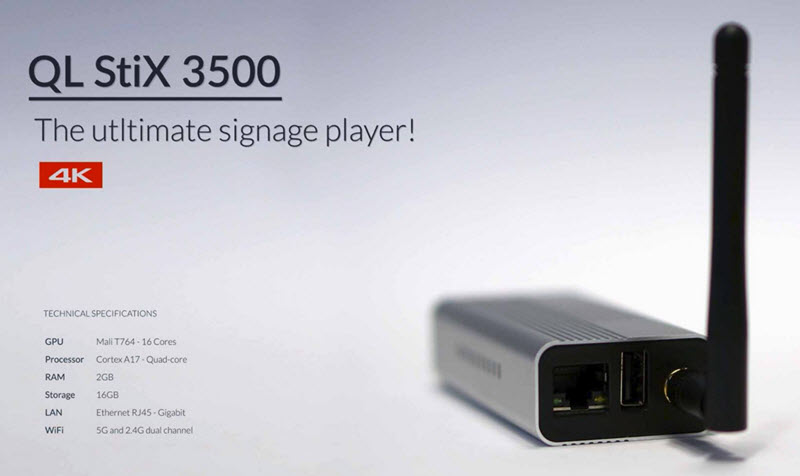 Navori offers it’s own ruggedized media player.  It’s called the QL Stix 3500.  The device comes in a “stick” form factor and is ready to use right out of the box.  It can play ultra HD (4K) content and supports interactivity.  It has built-in WiFi and supports wired network connections.  The device also features an aluminum case which acts as a heat sink to ensure a reliable operation.  There are multiple USB ports so it’s easy to connect and power the device directly from the TV.  The unit features a SD memory slot 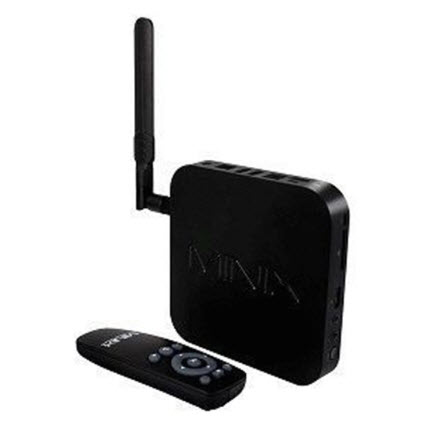 When contacting MINIX, be sure to mention you intend to use the hardware with the Navori QL software so that you get the right device.  You can only order Navori specific units from the MINIX online store or through authorized digital signage resellers.  Don’t just order any MINIX media players off Amazon or other e-commerce sites because those devices will lack specific Android customization that make them suitable for use with Navori QL Player software.

MINIX media players offer a smooth content playback in a small, “puck” format.  They are easily hidden behind a display and are easy to connect via multiple USB ports.  A power brick is also included in the box.

I have had the chance to use both QL Stix 3500 and MINIX devices and I recommend both types of devices for digital signage installations running on the Navori QL digital signage software platform.